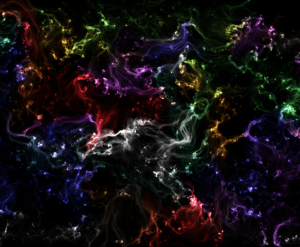 I remember three dreams I had before I was four years old. As a kid, even though no one I knew was curious about the meaning of dreams, I always wondered what they were trying to tell me. As a teen, I read whatever I could find, and finally, after I had kids of my own, I attended a lecture by Jeremy Taylor and felt I’d come home. I signed up for the weekend workshop, and that decision set me on the path that led to finding a family of dreamers who have been anchors and wings for me on my spiritual journey.

I honed my understanding of dreams in Billie Ortiz’s Dream Retreats with Jeremy Taylor and exchanged dream reading with Jeremy until shortly before his death, I earned my certification as a Dream Work Facilitator from the Marin Institute for Projective Dream Work in 2008, and my book on dream work came out in 2013: The Newcomer’s Guide to the Invisible Realm: A Journey through Dreams, Metaphor, and Imagination. I’ve come to understand what I do as a variety of intuitive reading, projecting my own understanding on the dreams and letting the dreamers decide what feels true to them. I offer dream reading by Zoom and by telephone.

For more on how I work with dreams, here’s an excerpt from The Newcomer’s Guide to the Invisible Realm: A Journey through Dreams, Metaphor, and Imagination:

The Idea of Projection

As I mentioned earlier, when listening to stories, we imagine the story for ourselves. So too with dreams. This imagining, just like seeing shapes in clouds, is projection. So when we talk about other people’s dreams, the only thing we can talk about with any authority is what we imagine for ourselves when hearing the dream. It’s a good idea, when talking about dreams, to stay aware of this projection and own the insights for ourselves. The simplest way to do this is to use the technique pioneered by Montague Ullman and popularized by teachers like Jeremy Taylor and Robert Moss. That is, to frame all statements about the dream in the first person, including such phrases as “When I imagine this dream,” or “In my imagined version of the dream.” This makes clear the fact that the statement is a projection, and makes it much safer for the original dreamer to hear what’s being said. If the comment is in the second person, there’s a certain accusatory tone, “Your dream shows that you had a big problem with your father,” is much less likely to trigger an “aha” than, “When I imagine this dream, I am reminded that I had a big problem with my father.” The original dreamer has the mental breathing space to consider whether the statement might be true for him, without getting defensive about the idea, because the speaker has owned this for herself.

But what if the speaker didn’t have such a problem with her father? Does this invalidate what she has to say? The beauty of the “When I imagine this dream for myself,” format is that the speaker must first imagine the problem in order to even consciously form a projection upon it. Whatever the speaker imagines is her own construct, her own understanding of how the world works. It is at these levels that she owns her projections onto the dream. I’ve often heard Jeremy Taylor model this in his workshops, prefacing his comments with something like, “When I imagine myself as a young woman just graduating from college….” Using this structure within the language serves as a reminder that all I can comment on about another person’s dream is the version I imagine for myself.

The fact that the speaker’s response is constructed in her own imagination doesn’t necessarily invalidate the accuracy of her projections. And sometimes just the opposite is true. If, when I hear a dream, I don’t have a strong “aha” association, my imagining of the symbols might rely at first on theory, which is the collection of archetypal meanings that elicit “aha” moments most reliably. I’ve learned these meanings from working with dreams in groups. I’ve never heard a dream, for instance, where death does not represent, at one level, profound transformation and change. Again, this wouldn’t be the first thing that arose for me if it weren’t true for me, and when I dream of death, it’s a meaning I always consider. Offering these archetypal meanings to the dreamer, who may not be consciously aware of them, can awaken profound understanding.

I may also have some idiosyncratic associations that arise when I hold the symbol in my imagination. These too can bring deeper understanding to the dream, even though I, as the one imagining the dream, can’t see what the connection might be. For example, I heard a dream which featured Acapulco as a location. We had discussed the dream for quite some time, but no one had brought up the location as a symbol. My only association with Acapulco is from a family vacation when I was eleven years old. My older brother and sister played in waves which were too alarming for me, and ended up with badly skinned knees. When this memory came to mind as I listen to the dream, I dismissed it as too personal and couldn’t imagine what it might have to do with the dream. As the group took turns offering their projections, this memory arose twice more, at which point I knew I needed to bring it into the circle. I explained to the dreamer that I wasn’t sure how it might apply, but shared the memory with her. Her eyes widened in surprise, which is often a signal for an “aha.” She associated Acapulco with a certain romantic relationship, and my memory of the rough waves I’d seen there gave her further insight into the meanings of her dream.

Jeremy Taylor has a wealth of knowledge about working with dreams in groups, and summed up what he found to be the essential points in his Dream Work Tool Kit, included here with his permission.

All dreams speak a universal language and come in the service of health and wholeness. There is no such thing as a “bad dream”—only dreams that sometimes take a dramatically negative form in order to grab our attention.

Only the dreamer can say with any certainty what meanings his or her dream may have. This certainty usually comes in the form of a wordless “aha!” of recognition. This “aha” is a function of memory, and is the only reliable touchstone of dream work.

There is no such thing as a dream with only one meaning. All dreams and dream images are “overdetermined,” and have multiple meanings and layers of significance.

No dreams come just to tell you what you already know. All dreams break new ground and invite you to new understandings and insights.

When talking to others about their dreams, it is both wise and polite to preface your remarks with words to the effect of “in my imagined version of the dream…,” and to keep this commentary in the first person as much as possible. This means that even relatively challenging comments can be made in such a way that the dreamer may actually be able to hear and internalize them. It also can become a profound psycho-spiritual discipline—“walking a mile in your neighbor’s moccasins.”

All dream group participants should agree at the outset to maintain anonymity in all discussions of dream work. In the absence of any specific request for confidentiality, group members should be free to discuss their experiences openly outside the group, provided no other dreamer is identifiable in their stories. However, whenever any group member requests confidentiality, all members should agree to be bound automatically by such a request.